“Eugenics at the Edges of Empire exemplifies the importance of postcolonial historiography and its role in shaping our understanding of the eugenics movement" -- Dennis Durst, Isis.
“a valuable and readable collection of essays which, taken as a whole, do much to advance discussion of the importance of locale on eugenics, and specifically … its influence and impact in the settler colonies of the British Empire.” – Philippa Levine, Social History of Medicine 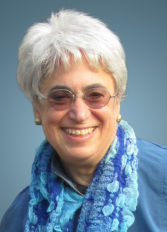 Diane B. Paul is Professor Emerita, University of Massachusetts Boston and Research Associate, Museum of Comparative Zoology, Harvard University. Since retiring from UMass Boston in Dec. 2003, she has held visiting appointments in the Centre for Applied Ethics, University of British Columbia (2005), the Program in Ethics and Health, Harvard Medical School (2006-2007), the Zoology Department, University of Otago, Dunedin, NZ (2008; 2013; 2014, 2015), the UCLA Center for Society and Genetics (2009), the Department of Medical History and Bioethics, University of Wisconsin – Madison (2010),  the Community Genetics section of the Vrige University Medical Center, Amsterdam (2012; 2013), Arizona State University (2016), the University of Edinburgh (2016), the Institute for the Medical Humanities, University of Texas Medical Branch in Galveston (2018)., and the Fondation Brocher in Hermance, Switzerland (2019) Her research has principally focused on the histories of evolution and genetics, especially as they relate to eugenics and the nature-nurture debate. She has also published policy-oriented work on issues in contemporary prenatal and neonatal genetic testing, including newborn screening for phenylketonuria and other inherited disorders, and (with geneticist Hamish Spencer) debates over consanguineous marriage. Her books include Controlling Human Heredity: 1865 to the Present (1995), The Politics of Heredity: Essays on Eugenics, Biomedicine, and the Nature-Nurture Debate (1998), The PKU Paradox: A Short History of a Genetic Disease (with Jeffrey P. Brosco, MD, 2013) and, most recently, Eugenics at the Edges of Empire: New Zealand, Australia, Canada and South Africa (co-edited with John Stenhouse and Hamish Spencer). Her current projects include a study of Lionel Terry and anti-Asian agitation in New Zealand in the early 20th century, an exploration of contemporary commemorative controversies, especially as they relate to eugenics, and (with pediatrician Nikki Kerruish and historian of medicine Ilana Löwy) a study entitled “The Quest for Objectivity in Prenatal Genetic Care.”